An apparent gas explosion in a Manhattan apartment building left twenty two injured and two dead last Thursday. The explosion caused three buildings to crumble and damage to fourth due to a massive fire that erupted thereafter.

The two deceased, Moises Lucon, 26, and Nicholas Figueroa, 23, were found in the building wreckage Sunday, after having been reported missing the day of the explosion. Now, all those reported missing have been found, though fire commissioner Daniel Nigro has stated that they will continue to search through the rubble. It could take several days more to clean up the area.

Earlier on Sunday, the Figueroa family was seen visiting the explosion site in the East Village with flowers and heavy hearts.

Among the damages of the explosion were local favorite snack shop Pomme Frites, and restaurant Sushi Park, Figueroa’s place of employment and where Lucon had been dining when the blast occurred.

The explosion and subsequent fire were caused by an improperly tapped a gas line related to work on one of the demolished buildings, officials suspect. A record of the building shows a history of code violations, including one less than a year ago where a gas line had been tampered with.

Fifteen people were injured after an explosion that resulted from a natural gas leak in a Stafford Township, New Jersey home. The leak originated from the basement when the gas came in contact with an open flame from an appliance. After the explosion, many homes in the area were left without heat the following day.

END_OF_DOCUMENT_TOKEN_TO_BE_REPLACED 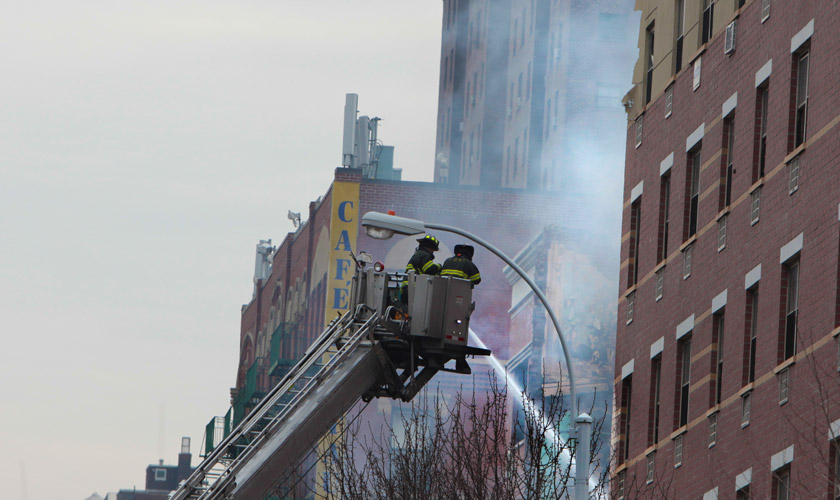 END_OF_DOCUMENT_TOKEN_TO_BE_REPLACED

A fatal explosion in a Minneapolis building of apartments and a grocery store occurred on New Year’s Day, 2014, injuring over a dozen people, leaving one dead. The victim’s body was found inside the building the following week. Injuries suffered by the remaining victims ranging from serious burns to broken bones. The cause and origin of the explosion is thought to be a result of an issue with natural gas, but have yet to be determined by investigators in this potentially tragic and dangerous incident.